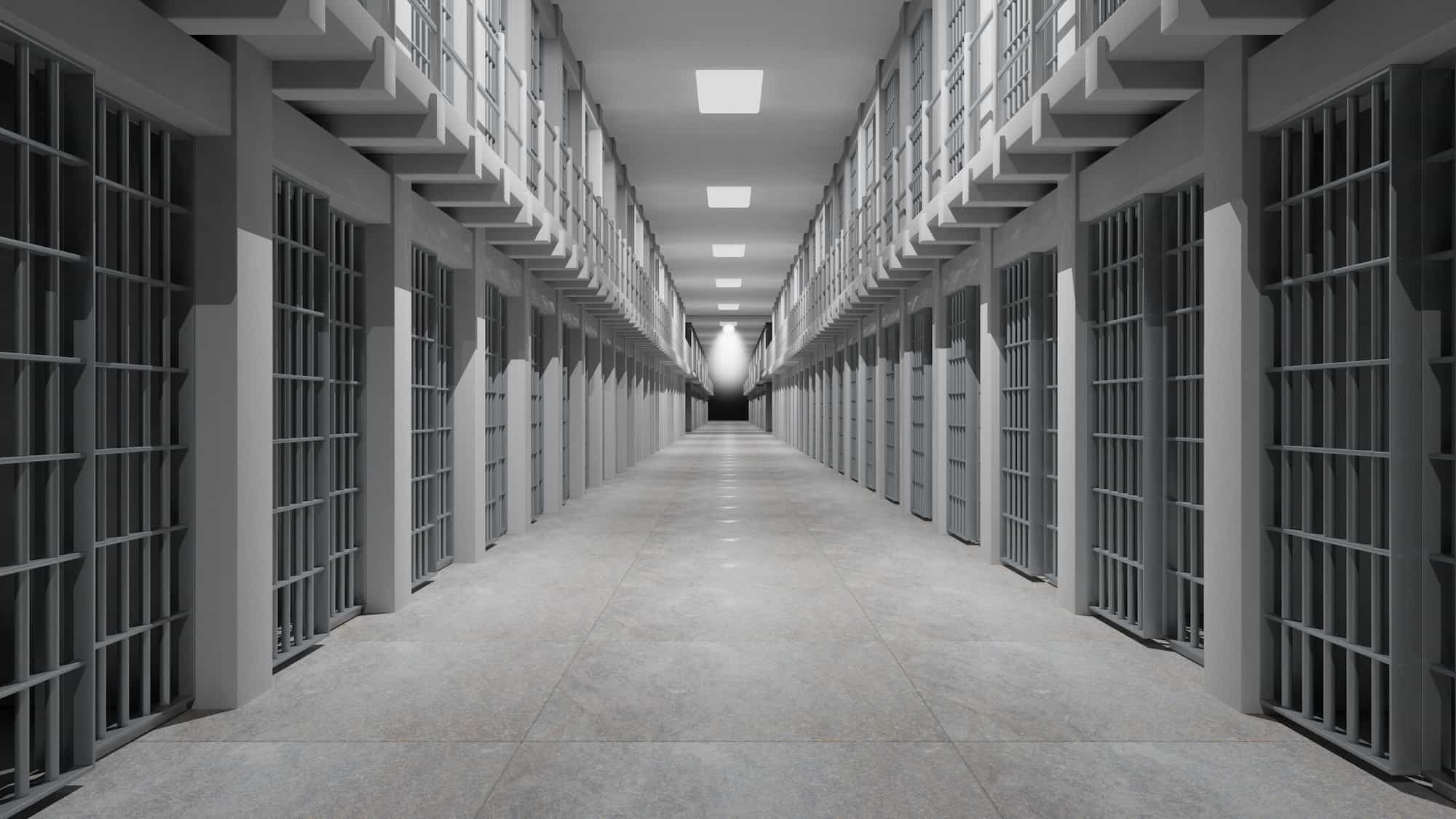 Women in Prison Part I – A Look Inside the Bars

You are here: Home / Archive / Feature Stories / Women in Prison Part I – A Look Inside the Bars

The Netflix television show, Orange is the New Black, depicts life in a women’s prison – but is it real? Are the inmates whose lives they portray realistic? We toured a real women’s medium-security prison, talked to the administration and some inmates there to find out. We also talk to the real-life Alex Vause from OITNB, Cleary Wolters – a former inmate and friend of Piper Kerman, author of the book Orange is the New Black: My year in a women’s prison.

Gary Price: Sadistic guards, hellish conditions, and violent abuse of inmates are how movies like Cool Hand Luke and The Shawshank Redemption portray prison life. On the other end of the spectrum, Orange is the New Black, a popular Netflix television show, depicts prison as more of a ‘social sentence’. The inmates at the fictional Litchfield Correctional Facility are often smuggling drugs, having sex and canoodling with prison personnel. Is that a realistic depiction of life in a women’s prison? We made a trip to a women’s facility to find out. Rockville Correctional Facility in Rockville, Indiana is a state-run medium-security women’s prison that houses around 1,200 inmates, and it’s drastically different from any pop culture portrayal of prison life. Offenders face the same housing and dining amenities as other prisons: one bunk, one locker, three meals a day. However, offenders at Rockville are offered supportive programs, educational opportunities and role models that push them to be better. Lieutenant Brad Gray of Rockville Correctional Facility says it’s important for inmates to build life skills while in prison.

Lt. Brad Gray: While they’re here, we try to treat them in a way that we don’t have to worry about them when they get out. Because when they get out, they’re going to be our neighbors, they’re going to be living next door to my mom or whoever. I want to make sure that they’re in such a frame of mind that they can exist in society without me having to worry about them being around our communities.

Price: What about the relationship between guards and prisoners? Is it anything like we see in the media? Gray says that at Rockville, communication between inmates and guards is more explanatory, compared to a male prison, and is rooted in mutual respect.

Gray: Females offenders have a little bit more emotional needs, whereas with a lot of male offenders you can tell them, “I need you to do this,” and they’ll go and do it. Female offenders a lot of times want to know why. “Why do I have to do that?” So, you have to communicate somewhat differently with female offenders.

Price: However, when disagreements happen, or fights break out and they warrant being sent to segregation, it’s not the dungeon-like environment we all imagine. In Orange is the New Black, segregation is known as solitary confinement. Prisoners are forced to eat moldy bologna sandwiches, and go without any human interaction for days or months at a time. At Rockville, the inmates in the segregation unit are placed in individual cells with a window, checked on by prison staff every half hour, and are able to make supervised trips to designated areas. Offenders in normal housing, however, are allowed to walk alone to their destination.

Gray: It’s all controlled movement. We have a pretty good idea where a specific offender is at any given time, but they’re able to go to class, go to the library, go to these programs, go to work at Televerde and so on.

Price: The regular dorms hold about 270 inmates, and one room can typically contain anywhere from 14 to 32 individuals. Visitation at Rockville is lenient, with prisoners able to have in-person visits every two weeks, and even video calls with approved family and friends. Despite a currently understaffed administration and budget cuts over the past decade, Rockville has been able to maintain several of its programs. One area that helps lessen the budget gap is the recent addition of a call center run by Televerde – a marketing phone-service company based out of Phoenix, Arizona. Inmate Stacie Brown has worked at the call center for two months and says her job gives her communication skills that she can use in the real world.

Stacie Brown: It makes you feel like you’re not really in prison. It like takes you back into a completely different world. Because it’s a real job, I mean, we talk to all of these business people, IT people and just normal business people, every day.

Price: Inmates get paid one dollar per hour, and receive a raise of 25 cents every 90 days, with a pay cap of $2.50 per hour – a salary that’s higher than most prison jobs. And even better, currently 50 percent of inmates who worked at Televerde while in prison, now work at the company after release. Another option for building professional skills are woodworking, culinary arts and even training dogs through the ICAN (Indiana Canine Assistant, Inc.) dog program – all of which help provide structure and require dedication. Many prisoners also  attend exercise classes to release stress and keep healthy. And with nearly one-third of inmates at Rockville serving time for substance abuse, programs like PLUS, an acronym for Purposeful Living Unit Serves – and CLIFF – Clean Livings is Freedom Forever – give inmates struggling with substance abuse 24-hour support in a separate housing environment.

While Rockville – a state-run prison – focuses on inmate rehabilitation, the real life Alex Vause from Orange is the New Black, a.k.a Cleary Wolters, had to endure conditions where rape and mistreatment of mental illness were all too common. Wolters spent almost six years at Federal Correctional Institution – a low-security federal prison in Dublin, California before being paroled. Wolters talks about her life in prison in her book, Out of Orange: A memoir. She says that at her facility, solitary – or “the SHU” – was used to victimize abused inmates even more.

Cleary Wolters: If a woman comes forward in real life, in prison, she’s put into, guess what? The SHU (Solitary Housing Unit) for her protection, meanwhile, the guard who raped her is… nothing happens to him, until he can get out of it or it can be proved otherwise. And, usually the only way that it’s proven otherwise is through pregnancy. I think the closest you get to any genuine mental health is just a lot of medication; whatever happens to be on the menu at Medical at that particular time. So, the guards giving inmates contraband in exchange for favors, sexual favors, that sort of occurs on a regular basis.

Price: Despite the fact that Wolters was sentenced to a minimum-security prison, she witnessed regular mistreatment of prisoners, faced worse living conditions and attended programs that were overcrowded and underfunded compared to Rockville. This inequality of resources and management in many prisons across America is unfair to inmates who have little choice in where they’re sentenced, and drops the ball in providing a supportive, stable environment when it’s needed most. Gray says there needs to be a balance of opportunity in all prisons nationwide.

Gray: What you find in corrections overall is that there’s a pendulum that swings from one extreme to the other, and about 30 years ago, we got into this kind of current mindset that we’re in now, where the public was tired of prisoners having availability of things that they were not necessarily able to get. For instance, like education – those kinds of things. So, if you look at about thirty years ago and the swing of that pendulum now, many of the programs and things that were available back then are not available now. I think what President Obama is doing is trying to push that pendulum back in that direction a little bit. Somewhere between those two points, those two greater points, there should be a happy medium where we are not only, you know, we don’t want to be in the business of warehousing prisoners, we want to be in the business of trying to make them better citizens.

Price: When we return, we’ll talk to two inmates at Rockville Correctional Facility about their crimes, their experiences in prison, and how they plan to live their lives when they’re released.Cleary Wolters book, Out of Orange: A Memoir, is available at stores and online.

For more information about our guests, you can log onto our website at Viewpoints online.net. You can find archives of past programs there and on iTunes and Stitcher. I’m Gary Price.

Life in the Shadow of the Columbine High School Shooting (2019)

Saving the Child Bully: Why We So Quickly Condemn Troubled Children (Early 2019)

The Business of Legalized Marijuana

Happiness: What it is and how to find it
Next Post: Women in Prison Part 2 – Changed Lives for the Better

The Rise of ‘Influence’ in This World

Being an influencer has turned into a career option for some, and today, some college students are pursuing degrees in social media to work within the industry or try their hand at becoming an influencer themselves. We discuss the state of …

>>The Rise of ‘Influence’ in This World

The 150th Anniversary of the Great Chicago Fire

It’s been a century and a half since the fire that reshaped the Chicago landscape took hold across the city. Chicago History Museum curator Julius L. Jones joins us this week to discuss some interesting historical facts about the fire that …

>>The 150th Anniversary of the Great Chicago Fire

You may have held out on getting a pet for years and years, but when the pandemic hit, it seemed like an opportune time to add a new furry member to the family. Today, more than 70 percent of Americans own one pet or more, and this number …