The Gift of Numbers

As hard as it is to imagine, before an Italian mathematician we know as Fibonacci came to the scene, most people didn’t use numbers. We talk to mathematician and author Keith Devlin about Fibonacci’s mammoth contribution to mathematics and our daily lives.

Marty Peterson: There are so many modern inventions we take for granted these days that it’s hard to imagine life before they arrived on the scene.  What would we do today without calculators; cell phones; computers, or satellite feeds? Life would certainly move slower and be more much more inefficient without the technology of the last century. As rough as that would be, it would pale in comparison to not having the numbers zero through nine in our repertoire.  Imagine having to rely on roman numerals, or ticks on a page, or your fingers and toes to count and do math.  That’s the way it was in Europe in the 13th century, before a little-known Italian mathematician decided to educate the masses.  His name was Leonardo Pisano.

Keith Devlin: Leonardo, known more commonly as Fibonacci, he was a mathematician, a respectable mathematician who did research in mathematics, wrote mathematics books, but he was much more famous for his outreach work to the general population.

Peterson: That’s Keith Devlin, a mathematician at Stanford University, and National Public Radio’s “Math Guy.” He’s also the author of the book, “The Man of Numbers: Fibonacci’s Arithmetic Revolution.” Devlin says he became interested in writing about the Italian because the two of them have so much in common.

Devlin: I do mathematics, I do research, I write advance textbooks, but I also spend a lot of time writing and talking about mathematics working with television and radio to try and explain mathematics to the general population. So I see in Leonardo a thirteenth century equivalent of myself. I’ve been walking in my career in Leonardo’s footsteps and I just wanted to find out more about the guy, to see what made him tick, why did he do what I have always been doing.

Peterson: Before we had the numbers we’re so familiar with, Devlin says people in Europe used rather primitive methods to do their business.

Devlin: If they wanted to do calculations then only the traders and the commercial people and the architects and people like that actually did calculations, they would either use their fingers or they would use what’s known as a counting board. It was literally a flat piece of wood on which lines were ruled which we would regard as tens column and units column and that kind of thing, and they’d use physical pebbles. They’d put pebbles on the board and move the pebbles around.

Peterson: Devlin says that the finger counting in medieval times was more complex than the counting of an average four-year-old.  He says merchants and traders could do very sophisticated calculations – up to the number 10-thousand – just using their hands.  Those who didn’t know how to work the counting board or do complex finger counting had to resort to hiring someone who did.

Devlin: If you were a trader or a businessperson and wanted to get a calculation done you went down the street to what’s known as the fondaco, which was a house where there was someone who would do the calculations for you. But Leonardo says, No, here’s this incredible method, anyone can do their own arithmetic, you no longer need to use an expert. That means anyone can set up in trade quickly and do their own business.

Peterson: Leonardo learned the Hindu-Arabic number system by traveling with his father who was a customs official for the city of Pisa, Italy. He was stationed in North Africa, one of Europe’s major trading centers.  Muslim businessmen from the Middle East brought the number system from India and through the years refined and improved it. The book Leonardo wrote to explain the system, Liber Abaci, or Book of Calculations was a huge undertaking, but it paid off. In fact, the system was such a novelty that it made the young Italian a celebrity, a la Ken Jennings, or IBM’s Watson computer.

Devlin: On one occasion the Holy Roman Emperor Frederick II invited him to court to do what would be a medieval version of Jeopardy. He basically before the court audience was tested by people giving him difficult calculations to do on the spot. Some of these solutions were so brilliant that he actually wrote some of them in a book called Flos,or The Flower, which was published in 1225, the year after he had this contest. So he became a celebrity. In his own time he was famous throughout Italy.

Peterson: In addition to the system of whole numbers, Leonardo began showing the public how to use fractions.

Devlin: He wasn’t just numerals and adding and multiplying and subtracting. He also showed people how to do calculations with fractions, which also are very important commercially. It was driven by trade and commerce; that is what it was all about.it was all about. It was not about something that was done by academics in an ivory tower. This was very practical stuff he was doing.

Peterson: Devlin says that despite the fact that the printing press hadn’t been invented yet, the number system did spread throughout Italy pretty quickly for its time.

Devlin: Hindu-Arabic arithmetic after Liber Abaci did spread like wildfire. It grew incredibly rapidly. Pretty well everybody in Italy wanted to be in on the action. It was a revolution. Literally everybody wanted to get a piece of the action and in fact what happened was shortly after he finished Liber Abaci it was the beginnings of what were probably thousands of practical arithmetic texts being written by hand and distributed and the establishment of schools where children and adults could go to learn this incredibly powerful new method. Remember this was a way whereby an ordinary person could become wealthy and self sufficient by setting up in business for themselves.

Peterson: Devlin compares the spread of the Hindu-Arabic number system in Europe to the spread of personal computers back in the 1980s.

Devlin: As I’m doing this research I am struck time and time again that what I’m reading about in the 13th century is everything I’ve known about in Silicon Valley in the 1980s, particularly with Steve Jobs. Steve Jobs goes to Xerox Park in 1979; he sees this incredible way of using computers using windows and a mouse and pointers and icons and Steve Jobs says, this is an incredibly efficient interface for using computers. This will allow computers, which hitherto have been this rather nerdy sort of thing, this will make it possible for ordinary people to be able to use computers themselves. So Jobs says, all we need to do is take personal computers, which were being developed, and put this very new interface on it and make it easy to use. And computing will become something that everyone wants to use. That’s exactly what Leonardo did. If you look at Leonardo’s story chapter by chapter by chapter Steve Jobs and Bill Gates in particular simply repeated that 800 years later.

Peterson: And, like the computer revolution in the last century that gave us the Internet and instantaneous communications, Devlin says the arithmetic revolution in the 13th century made it easier for men like Copernicus, da Vinci and Galileo to make their discoveries. But if it was such an innovation, how come we haven’t heard much about Leonardo Pisano?

Devlin: It wasn’t until you get Copernicus and Galileo coming along the importance of these methods becomes much more than simply being able to do trade and commerce. With the best wool the world, trade and commerce isn’t very sexy where science and technology are, so it’s useful, it gets rolled in as soon as Leonardo shows people how to do it. But it doesn’t strike the imagination. It’s just a utilitarian tool of life. There ‘s one reason why I think he wasn’t remembered significantly. Another reason was that a couple hundred years later you’ve got the invention of the printing press. Now the printing press comes along within 20 years of the Guttenberg Bible being produced, there’s the production of the first printed arithmetic text. What they did was they put into print some of the more recent unwritten manuscripts. The old manuscripts of two or three hundred years earlier got forgotten. So Leonardo’s manuscripts became completely ignored once the printing press came along.

Peterson: Devlin says that Leonardo’s book was a massive tome – six hundred pages in small type for the English translation. It’s no wonder, and then, that “Liber abacci” was relegated to gathering dust in the archives. It was only in the 19th century that his name resurfaced.

Devlin: Then over the period of the 19th and 20th centuries, historians gradually uncovered the story. And in fact it wasn’t until 2003 that the last piece of the historical puzzle fell into place that showed us that yes, Leonardo was the man behind this entire growth of arithmetic, commercial uses of arithmetic in Western Europe beginning in the 13th century.

Peterson: These days we take our number system for granted…just like we take cell phones, cars and the Internet for granted. Devlin says that just shows how huge Leonardo Pisano’s contribution really was…

Devlin: One of the interesting things about arithmetic is that the arithmetic revolution was so pervasive and so all encompassing that once it was over everybody almost instantly forgot that there’d ever been a revolution. And so today we find it hard to imagine life without numbers, life without arithmetic, but that was the case. It was only a few centuries ago that life was like that. So our sense today that these things are obvious simply demonstrates how pervasive the arithmetic revolution was.

Peterson: You can read about Leonardo’s life and the number system that changed the world, in Keith Devin’s book, The Man of Numbers, available in stores and online. You can find out more about all of our guests on our website at viewpointsonline.net.  You can find us on Twitter at viewpointsradio. Our show is written and produced by Evan Rook and Pat Reuter. Our executive producer is Reed Pence. Our production director is Sean Waldron. I’m Marty Peterson.

What Big Data Can Teach Us About Ourselves (2019 version) 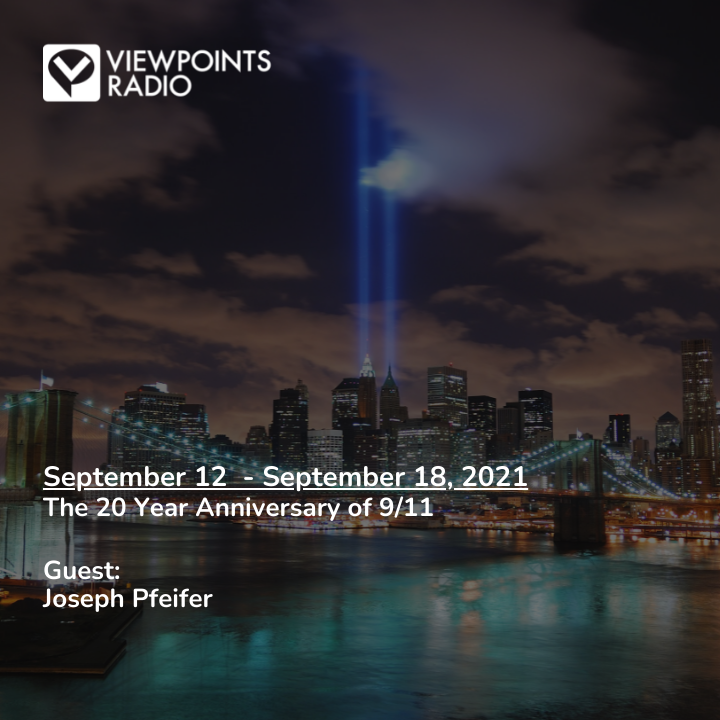 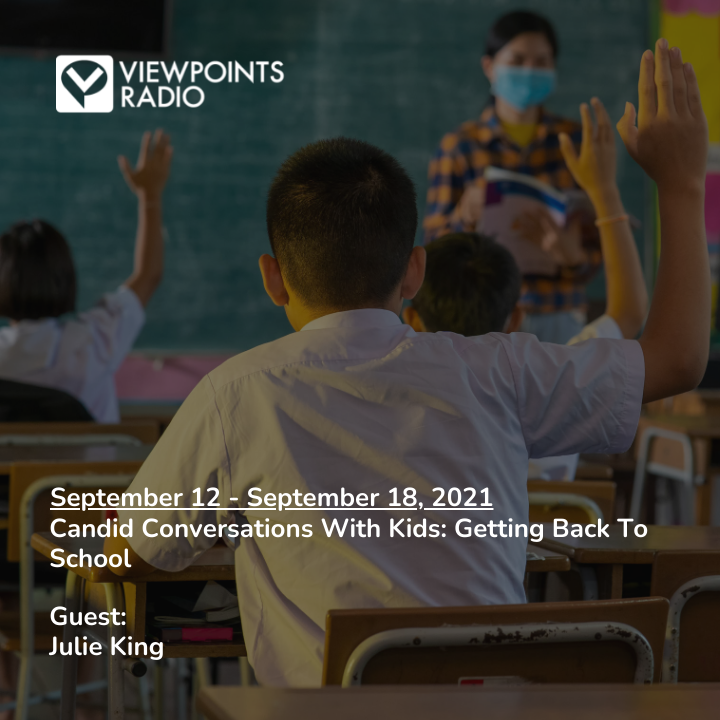 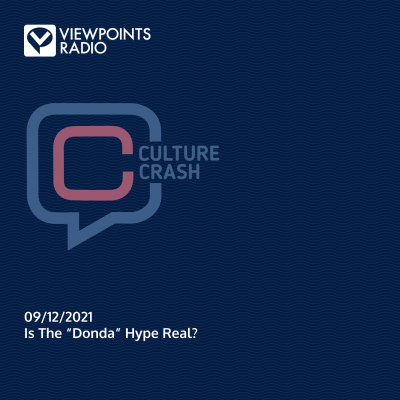 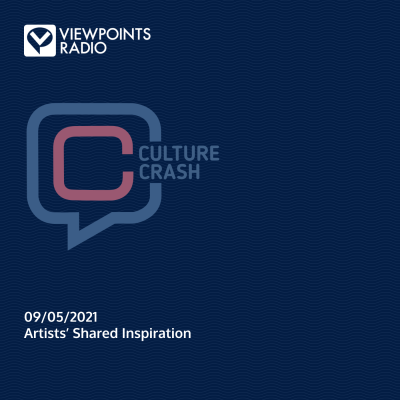 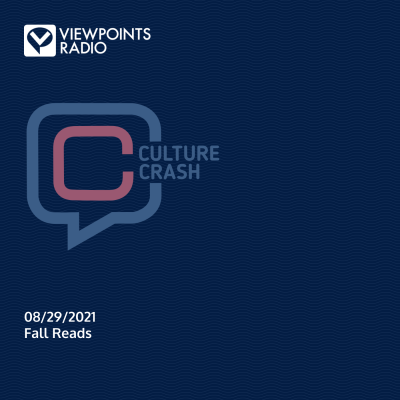