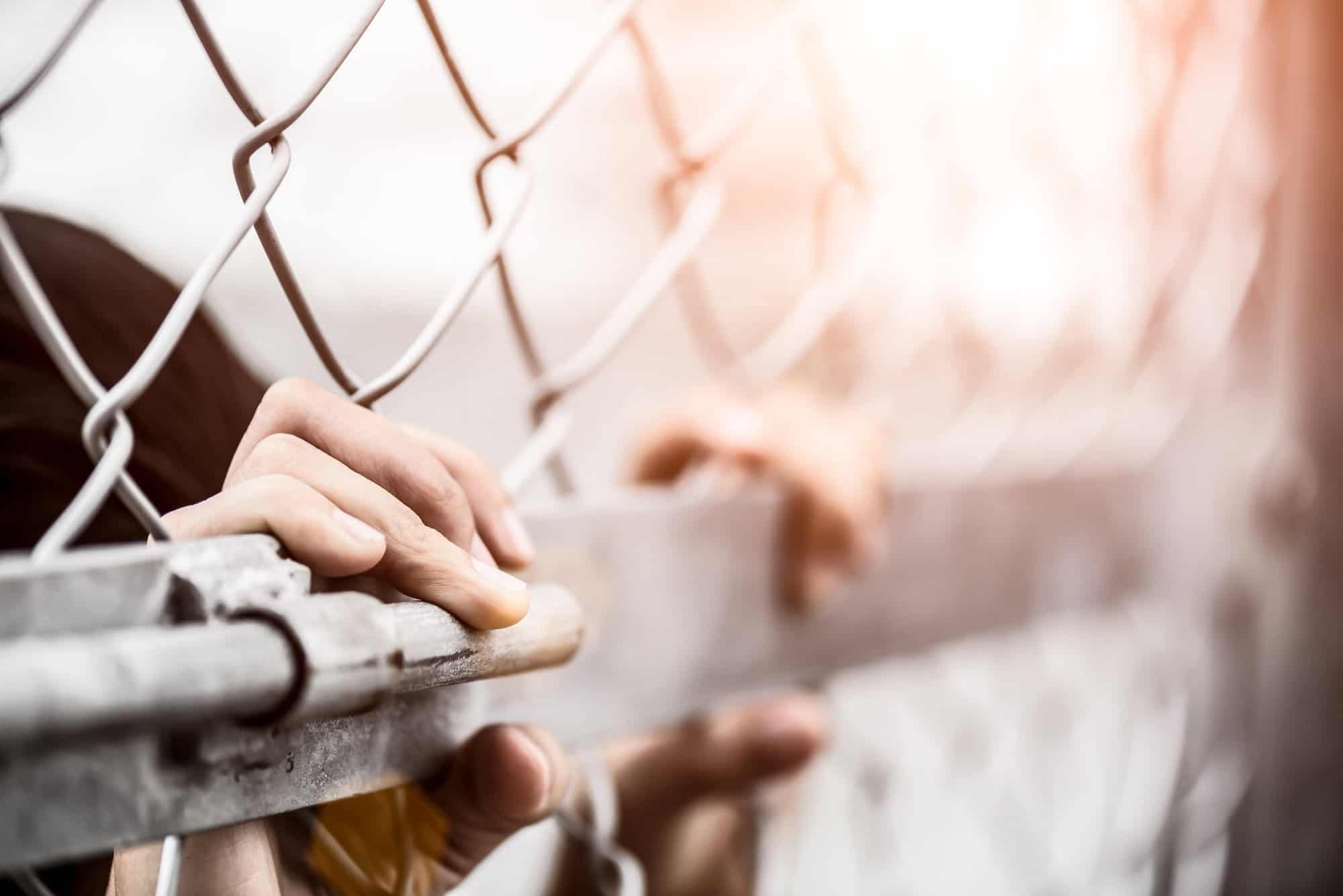 Slavery is alive in the United States and around the world in the 21st century. That’s hard to believe, but all over the world people are being forced to work long hours as laborers or in the sex trades, in horrible conditions for little or no money – and there’s no way for them to get out. We talk to two specialists in human trafficking about the issue and what’s being done to help the survivors of this horrible crime and their families.

Gary Price: Anyone who saw the Academy Award-winning film Twelve Years a Slave couldn’t help but be touched by the brutality and inhumanity visited upon the hero, Solomon Northup – a free black man who was sold into slavery. Nothing so bad could happen today, could it? After all, slavery was abolished in this country in 1865 with the passing of the 13th Amendment to the Constitution. It might surprise you to know then that slavery is still being practiced – here in the States and around the world – and it’s a very lucrative business.

Melysa Sperber: Human trafficking is a worldwide crime and it is a 32 billion dollar industry, second only to drug trafficking, as an organized crime.

Price: That’s Melysa Sperber, Director of the Alliance to End Slavery and Trafficking – a project of Humanity United.

Sperber: Many Americans think that modern slavery exists only in other countries, but it is also happening in our neighborhoods and communities across the U.S. Traffickers operate in very unscrupulous and often invisible ways in that the crime is a hidden one. What we see is both labor trafficking and sex trafficking exist in the U.S. We know that estimates show 14,000 to 17,000 people are trafficked every year.

Price: Sperber says that traffickers are supplying slaves for all kinds of work – both legal and illegal.

Sperber: …In domestic work, as well as small businesses like nail salons and restaurants; we also see it in construction sites and farms. With sex trafficking, we see both adults and children, men and women, girls as well as boys and we see that on the street in forms of street prostitution, as well as increasingly online. We’re seeing exploitation happening over the Internet, as well as on the deep web, and so we’re increasingly concerned about how traffickers are migrating over to the web in order to exploit young people online.

Price: So who are these traffickers? Sperber says there’s no typical profile. In fact, they come from every race, ethnic group, gender and income level.

Sperber: They’re both men and women, they’re foreign nationals as well as U.S. citizens. They’re old and young and rich and poor. So there really is no one description that fit all traffickers. So foreign national traffickers who are bringing over adults and younger girls from Eastern Europe, as well as east Asia and Latin America are accurate – there are cases of just that. But there are also cases of wealthy U.S. citizens who are engaged in trafficking in some of the most prosperous communities around the country.

Price: In movies and on TV dramas, we see traffickers kidnapping unsuspecting victims and bringing them to the U.S. for the sex trade or as laborers in legitimate businesses. Sperber says that this does happen, but increasingly slaves are lured into servitude by the promise of a better or more exciting life.

Sperber: A lot of times people are coming over after having identified what they believed to be a good job, so, for example, I’ve worked with one survivor who was recruited in Indonesia for a job in the hospitality industry in Chicago and yet, when she arrived in the United States after having paid a fee to a recruiter, having purchased the ticket, having gotten a lawful Visa to enter the United States in order to pursue a work opportunity, she was then trafficked into the commercial sex industry in the tri-state area and spent time in brothels in Connecticut and New York after her documents were taken, a gun was put to her head and she was both physically and emotionally abused.

Price: You might ask yourself, “Why don’t they just go to the police and report that they’re being exploited?” Sperber says that sometimes survivors fear the authorities more than their traffickers.

Sperber: Trafficking survivors are fearful of authorities and that’s often because traffickers use the threat of deportation, the threat of arrest, to endue the victims with fear. So, often times, the very thing that could enable them to regain their freedom is the one thing they feel the most threatened by, so a lot of the work that has been done over the past decade, has been to raise awareness of the resources that are available for survivors.

Price: And that’s where people like Kay Buck come in. Buck is the CEO of the Los Angeles-based Coalition to Abolish Slavery and Trafficking or CAST. Her organization works with others around L.A. and the country to help survivors escape from servitude, find a safe haven for themselves, and their families and hopefully help authorities find, try and convict their traffickers. She says that CAST seeks to help victims at every step of the process.

Kay Buck: Someone will call our 24-hour hotline, so our emergency response team springs into action and does an immediate safety assessment and then helps the person escape from modern slavery, so it might be that there’s a young woman who’s being held in a brothel and has access to a cell phone, so she calls the hotline or it might be a neighbor who’s trying to help a domestic servant who’s enslaved next door. So what we do is provide immediate services, basic necessities like safety, food, shelter, in fact, CAST opened the very first shelter in the country for trafficked women and their children, and then what we do is work with them to make sure that they understand their legal rights. We have a full service legal program with attorney’s who are experts in immigration law, as well as criminal witness advocacy.

Price: Legal advocacy is especially important Buck says. Because it helps survivors reunite with their families and feel safe and secure enough to help find and testify against their traffickers.

Buck: Many of the people we serve haven’t seen their families in like 10, 12 even 20 years, and this is really sad because we’ve worked with mom’s who maybe when they left their home country, their children were 1 or 2 or 3 years of age and now they’re teenagers – so family reunification is hugely important. It’s also important for survivors to be able to be witnesses in a prosecution because if a mother or a father or even a daughter or son, if they are worried about their family members wherever they are – whether it be here domestically or abroad – it will be difficult for them to really focus on being a witness in the prosecution, so one of the key things we do is we help to get immediate family members who are eligible a TV (Tourism Visit) to bring them here. And that way survivors have peace of mind knowing that their moms or dads, their children are out of harms way.

Price: Not only do Buck’s and Sperber’s organization help the survivors of trafficking themselves, they also push for laws and policies to prevent human trafficking in the first place. They’re working on bills both statewide and nationally to make recruiting and labor practices more transparent and fair to the workers.

Buck: We’ve got a state bill it’s SB 516 and then there’s also some national legislation HR 3344, and it calls for disclosure, so that all foreign labor contractors are required to provide full and fair information to foreign workers in a language they understand about the terms and conditions of work in California or wherever the place of work will be. So a contractor may not knowingly provide a worker with false or misleading information, so in this way employers using the services of foreign labor contractors or brokers to obtain workers will be required to actually report these activities. So that’s one thing that we can do to prevent this from happening.

Sperber: Legislation that’s been introduced in the House and has already passed in the Senate is part of comprehensive immigration reform and that legislation would regulate the rules of foreign labor recruiters because what we see are that recruiters are increasingly putting workers in vulnerable situations by not giving them access to verifiable information about the terms of their work and then often exploiting them once they arrive in the U.S. by taking away their documents and making them pay exorbitant fees, so this legislation would prohibit the charging of fees and would also enable the Department of Labor to monitor a list of recruiters that follow best practices, and we really think that this would empower workers and enable them to identify genuine jobs, pursue those jobs, and then have protection once they’re in the U.S. to enable them to get out situation if they find themselves in exploitation.

Price: There are also programs for local law enforcement agencies on how to recognize if a persons being exploited and what to do to help them escape from their situation. Kay Buck says that young men and women are especially vulnerable, and fall prey to promises of modeling and acting careers, then end up being forced into labor or the sex trades. That’s why she and Melissa Sperber urge young people to get the advice of a trusted adult such as a parent or guardian before accepting any offer of a job. Buck says that the public has provided tips in many trafficking cases. She says that if you know someone who’s being forced to work or even suspect that human trafficking is taking place, call the National Human Trafficking resource hotline at 1-888-373-7888 for help. In California you can call the CAST hotline at 1-888-539-2373 for information on CAST, you can visit their website at castla.org. To find out more about the Alliance to End Slavery and Trafficking, Melissa Sperber invites listeners to visit their site at endslaveryandtrafficking.org. For information about all of our guests, log onto our site at viewpointradio.org. You can find archives of past programs there and on iTunes and Stitcher. I’m Gary Price.

Interpreting the Constitution: How Do We Know What the Framers Intended?

Comedy And Comedians, How Do They Get So Funny?
Next Post: Jazz Child: The Life and Music of Sheila Jordan (2015 version)

Constructing a new building requires many resources, from hundreds of hours of labor to thousands of pounds of steel, cement, glass and other building materials. Design consultant Ned Cramer joins us this week to uncover how the industry is …

Imagine working for hours on end outside in temperatures exceeding 90 or 100 degrees. On top of this, there’s little shade, minimal breaks and often not enough water. This is the reality for millions of laborers who work in agriculture, …