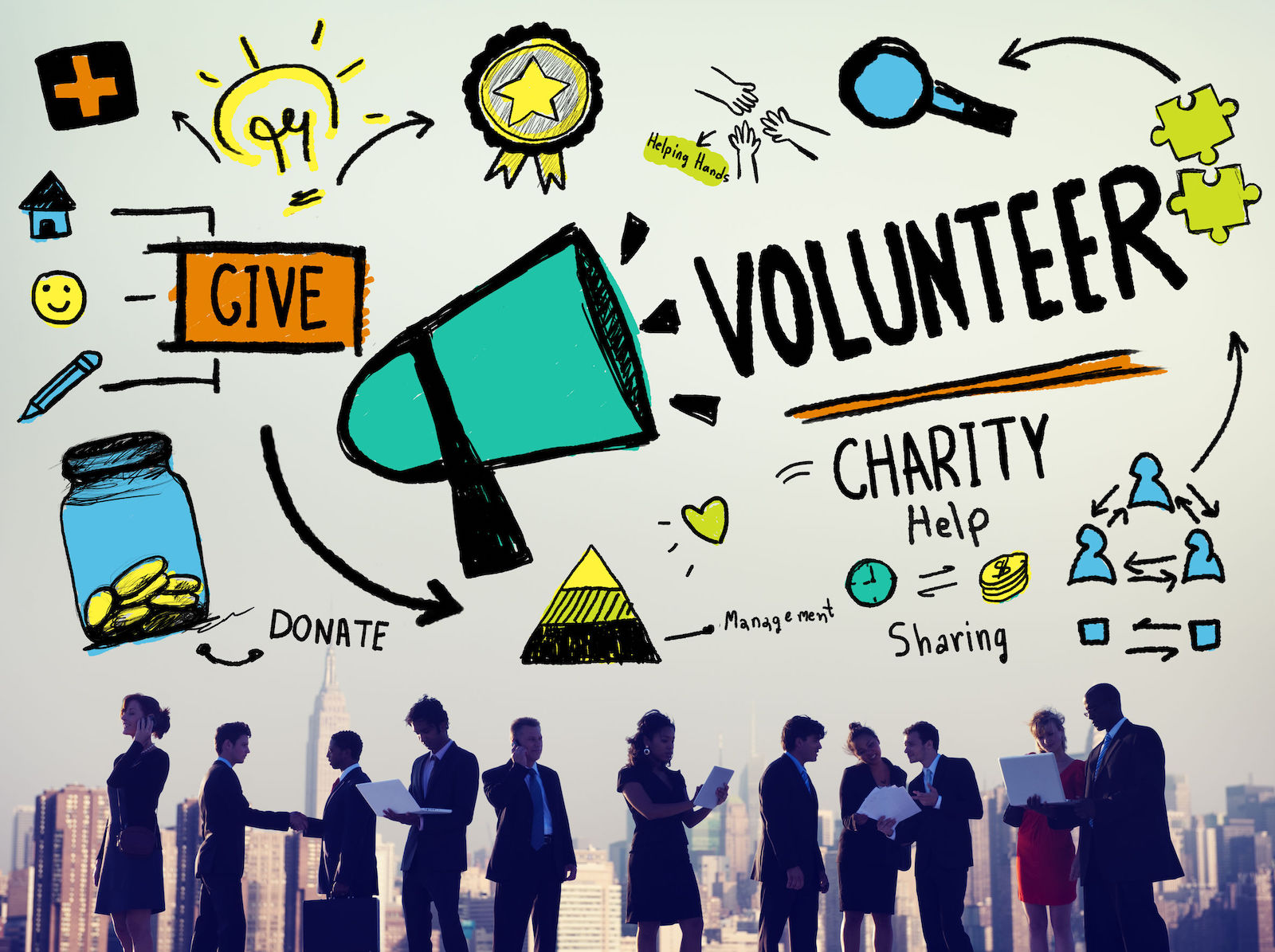 The huge donations by billionaires such as Bill and Melissa Gates, Oprah, and Warren Buffett get a lot of press – and they help a lot of charities and people around the world. You might be surprised to know, though, that most of the money that non-profits receive is from small donors giving much less to deserving causes. We’ll talk to a philanthropy specialist about how to give wisely and make sure your money is used in the way you intend.

Marty Peterson: It’s summer and that’s the time for many charitable organizations to schedule 3K, 5K and longer runs for their causes. It’s also time for the many festivals that give some or all of their profits to a particular cause. How do you know if the five dollars you put into the jar, or the money you give to a charity from supporters for completing a race is doing any good? And how can you maximize your donation to get the most bang for your buck?  Carrie Morgridge wondered about these things too. She’s the Vice President and self-proclaimed Chief Disrupter of the Morgridge Family Foundation.  She was looking for answers to all of those questions but couldn’t find them, so she decided to research the issue. Her findings – and a good deal of advice gleaned from her own successes and failures in giving – are compiled in her new book, Every Gift Matters: How your passion can change the world.

Carrie Morgridge: After 15 years of working at the foundation, that gave me enough courage and enough experience to feel confident to write this book. The second thing is when I went out to get advice to help my own foundation, I found that everything was in academia mode and there wasn’t a lot of advice for regular people like me to say, well, how do I give a thoughtful grant or how so I follow up with somebody or how do I get involved, you know, just he basics. That book did not exist, so I wrote a book that didn’t exist.

Peterson: The subtitle — How your passion can change the world –seems a bit grandiose for small donors who put a few bucks in a food pantry’s donation jar or writes a small check at the holidays.  Compared to the well-known philanthropists who give millions and billions and get to go to all those swanky fundraisers, it seems like such a tiny effort.  Morgridge says that you’d be surprised how much your donation counts.

Morgridge: For every dollar a large foundation like Bill & Melinda Gates or a Walton foundation gives, the average taxpayers is giving five dollars. Yes, big foundations do get a lot of hype, which is great actually for that cause, but it’s actually us, the average people, who are giving them fives and tens and twenties that are making a huge impact and a huge difference too.

Peterson: Morgridge says that just giving your donation and walking away is fine, but you should connect with the charity that you’re giving to, and make your feelings known about how you want the money spent.  Believe it or not, a donor of any level can write up some pretty strict ground rules before handing over their cash.

Morgrdige: I’m a large United Way donor, and I really enjoy United Way because I can do foster care, I can do homelessness, I can do reading clubs, so if I want to give a 25 hundred dollar donation to early childhood education reading, I can restrict my money towards that particular cause and I can also say, by the way, 100% of it needs to go to this cause or I’m not going to write you my check. You have the power to do that with every check you write, but you have to be in communication and those guidelines have to be said up front that this is how I want to donate my money.

Peterson: You can also put a time limit on your donation.

Morgridge: The other thing I really encourage people to do, and I learned this the hard way, is, I call it the “impact of time”. We used to give a gift, but they wouldn’t spend my money until six months later, and that really frustrated me. I wanted my hundred dollars or my five hundred dollar check to go to the cause now, not six months from now, so I make it clear that they need to spend my money within thirty or sixty days, and if they don’t have a need for it in those thirty or sixty days, I want my money back. And did you know that you have the right, any donor has the right, to ask for their money back if it’s not spent?

Peterson: Morgridge says that if you are devoted to animal rescue causes, or children’s hospitals or food banks and there are a number of them in your area, you need to do some homework and invest a little time in seeking out the one you feel good about giving to.

Morgridge: We like to go in and actually see the hospital itself and meet the leaders. If you don’t have time, I would really talk with your friends and family about what organizations they’re supporting and really thoughtfully ask them if they’re really receiving back because that’s kind of the dirty little secret in giving is that we actually receive more than the person on the other side. There’s this warm, euphoric feeling that you can get from helping somebody out, from getting involved. So, when you’re picking that organization, talk to your friends, talk to your family, and nine out of ten times, somebody will tell you immediately, you know, Jim has a connection at Children’s Hospital and he’s really involved there and he volunteers there all the time; you should talk to him. Take that lead and follow up with it.

Peterson: In addition to asking friends and visiting the charity, Morgridge says that you should investigate their financial statements to make sure they’re using your donation – and those of other givers – efficiently and honestly.

Morgridge: I like to go online, look up the charity, I like to read some articles about them, I like to read the articles about their CEO or their CFO or their board, and then I immediately go on their IRS Form 990, that’s the form that anybody can get on, and it shows you how much money they’ve raised, how much money they spend on operations, and how much they spend to the cause. And then I give them a call, and it really depends on how they take my call if I’m going to get involved. If I really like them, I schedule a sight visit. I normally take two or three other people because sometimes I hear something different from what they hear. If it’s a really great cause that I want to get involved with, but it could be the wrong fit, then I just quickly move on.

Peterson: There’s a lot an individual can do to make sure that their donation goes as far as possible. Morgridge says that leveraging a donation is one of the best ways of getting the most for your money.

Morgridge: Every time John and I are really keen on working with an organization, we make sure that they already have another donor out there who’s the match donor. What that means is that another person cares enough about the cause too, but they say, hey, I’m only going to give you this money if you match it.

Peterson: There’s also a federal component to the matching for some organizations such as United Way.

Morgridge: There are many organizations who are part of the federal pull-down dollar, which means if you’re doing health and human services or you’re doing education, you’re funding an education cause, then they actually have a federal match on the side as well. So, you put up a dollar at United Way, then I put up a dollar at United Way, and then the federal match to our two dollars, they match us, and it all goes to early childhood education. So, last year we put up quite a significant amount of money, it was over a million dollars, but the people in Denver matched us by over a million dollars, so our two million turned into four million. And I know those are big numbers and hard for people to understand, but the million dollar match run by United Way was done in fives and tens and twenties so that every single person in Denver had an opportunity to make their dollar, four dollars.

Peterson: Some charities are still fundraising the same way they did decades ago. Morgridge says that she likes to work with organizations that think outside the box. She calls it transformative thinking and she has an example of how one young man used it to raise quite a bit of money for his favorite cause.

Morgrdige: He’s an 8-year-old boy who decided to get involved, and he ended up having a pen pal with World Vision, and Kylan went to Africa and actually finally met his pen pal. My husband and I helped him get there with his mom. When he came back he was so excited; he did a speech at his school and he signed up all the kids for a penny drive. In the penny drive, in a couple of months time, they raised $981 in pennies and then World Vision matched it, so his pen pal, Haruna, now has a well in Uganda. And I say this because I think it’s in all of us to have our own penny drive for our own cause, it’s just about taking that first step and making a difference. But we all have it in us to make that difference.

Peterson: Morgridge has much more research, advice and actual stories of giving in her book Every Gift Matters. Most of all she wants people to understand that in giving, the donor receives so much more back in than the charity in just the sheer joy of knowing that they’ve helped someone over rough times or educated a young child….or provided a well for a small village.  You can find out more about Carrie Morgridge and her book on her website Carrie Morgridge.com. For information about all of our guests, log onto our site at Viewpoints online.net. You can also find archives of past programs there and on i-Tunes and Stitcher. Our show is written and produced by Pat Reuter. Our production directors are Sean Waldron, Reed Pence and Nick Hofstra. I’m Marty Peterson.

The Pandemic’s Push On E-Commerce

The Fall of Theranos

A Veteran Reporter Talks About His Life at Life Magazine
Next Post: Gun Violence and Gun Control