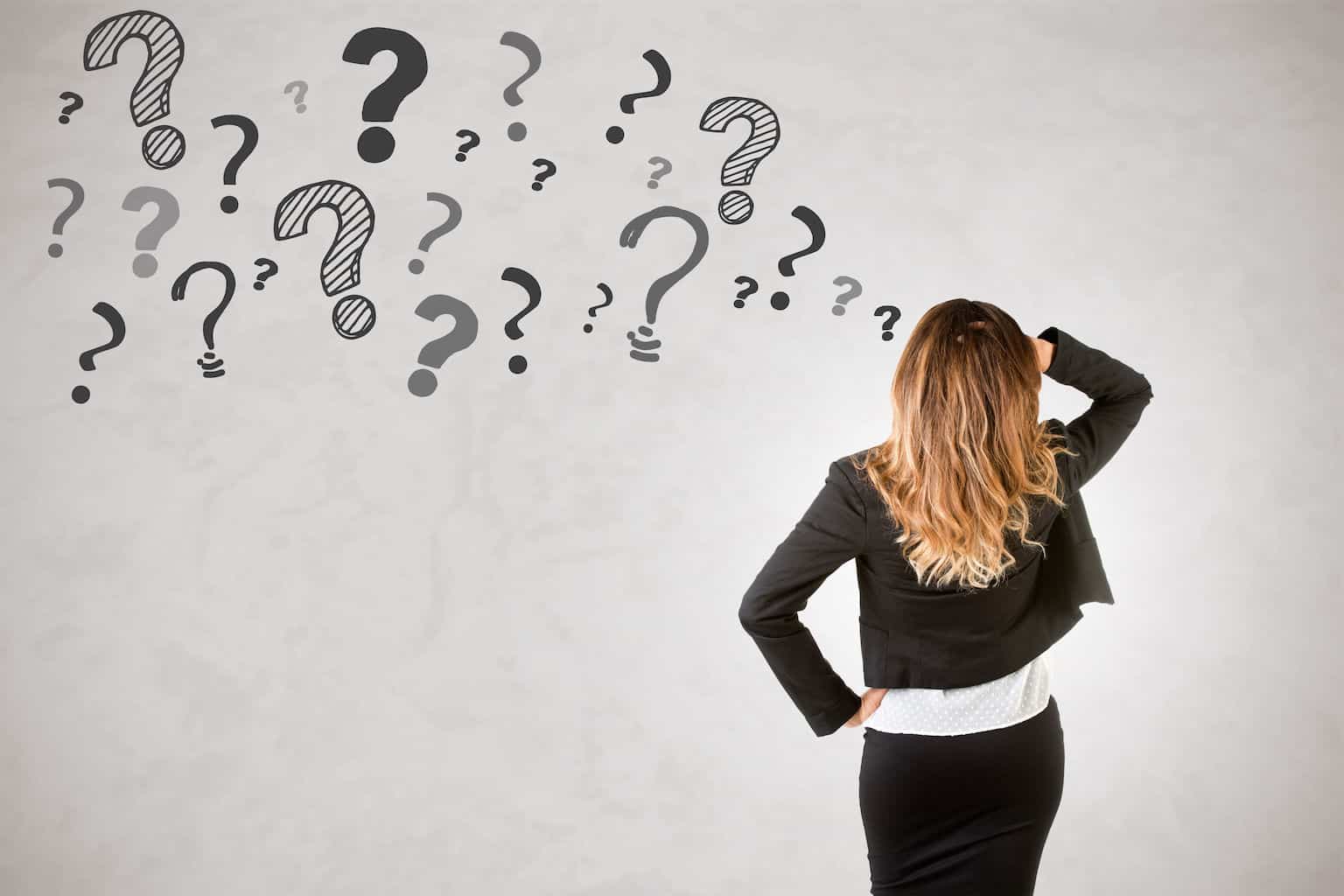 Questions With No Answers

You are here: Home / Archive / Feature Stories / Questions With No Answers

We all want answers to the complicated questions in life, but sometimes just asking the questions are enough to make us think deeply about our lives and our world. We talk to a man who has made a living asking questions that sometimes have no hard and fast answers, or where the resolution changes depending upon our age or circumstances. He tells us how the process of coming to an answer is often more important than any one answer itself.

15-02 Questions With No Answers

Marty Peterson: Someone once said that, “a question is the start of knowledge.” Most of us presume that’s because we ask the question until we get the right answer. Well, not all questions have or need “correct” answers. That’s the idea of a new book by bio-ethicist dr. Gregory Stock, titled The Book of Questions.

Gregory Stock: It’s more about the process. A good question really leads to more questions rather than gets closed off with answers. And there are no right and wrong answers to this; it’s more about our values, about who we are, about understanding others. So that’s why I love questions.

Marty Peterson: Stock says he got the idea for the book from his college days when he’d sit around with friends pondering big, philosophical questions.

Gregory Stock: Well actually I was up in a retreat outside of Portland, Oregon at a place called Breitenbush. And a bunch of us got into a late-night session that lasted until, I don’t know, three or four in the morning where we were talking about all sorts of interesting things. The kind of experience that you have in college on occasion, but not as frequently after you get out of school. And I was thinking is there some tool that you could develop that would allow that to happen more frequently. Because we had such a delightful time, and the idea of using little situational dilemmas and provocative sorts of questions to sort of jar us into a place that is outside of the familiar path of weather and politics and sports, so that we would be talking about things we really cared about.

Marty Peterson: Some questions probe our society and our world, such as “Do you think the world will be a better or worse place 100 years from now? Do you see our present world as a better place than the world of a century ago? Why?” Others are more of a look inside our personalities. How would you answer the question, “What could someone figure out about you by the friends you’ve chosen?” Some questions Dr. Stock poses, though, have no basis in reality. The situations described in them could never really happen, but Stock says they speak volumes about who we are.

Gregory Stock: I found that sometimes there are situations that you probably wouldn’t face. A really good example is if you’re not involved in a relationship and you’re sitting in a café and you look at somebody that’s maybe three or four tables over, and you just know if you go over and introduce yourself you’re going to fall madly in love with that person. They’re going to be in love with you, it’s going to be the stuff of dreams, better than you ever imagined. But you also know that six months from that point they’re going to get hit by a car and killed. Do you go over or do you walk away? Well, that kind of crystallizes whether love is an experience for you, or whether it’s an investment in your future, and people really feel very strongly about it. It’s not obvious what your answer would be on that, and you learn a lot about yourself and about others. And that’s not an experience that you’re going to run into ever. Suspend disbelief, it’s like you can be really impacted by a play or a novel and yet it’s outside of your own experience.

Marty Peterson: Stock also poses hypothetical questions that we might have to answer sometime in our lives, and it’s often necessary to think about them in advance. One example in the book comes from Stock’s own life: “If your mother were in pain, bedridden and a few weeks from death, and she begged you to give her poison so she could take her own life, would you find a way to get it for her?”

Gregory Stock: That is a real issue. That particular question that you just came up with is a very poignant one for me because that is the situation with my own mother. She had terminal cancer and had fought it for about twenty years, and then was in a situation where she had asked me if I would get her something so that she could commit suicide because she didn’t want to go and get hacked apart in a hospital to extend her life for another week or something. You know, I had told her many years before that she had to get it herself, and that I would tell her what she needed to do, and she had gone about and done that. And when the time came I had told her that if ever she were going to take poison that she should tell me and I wouldn’t stop her, but I wanted to be with her. And I got a call one day, we had 24 hours to get down and be with her. And in fact, we sat around with her, the rest of the family, while she took phenobarbital. So these things are very real, and you hear these things from other people, and they really can move you even though they’re not your own experience. Sometimes we change our minds but sometimes we don’t or they lead to insights and we learn a lot about other people as well.

Marty Peterson: Stocks says that the decision to not directly help his mother take her own life wasn’t based only on its being illegal.

Gregory Stock: You also don’t want to help a person because you don’t know whether it’s a momentary thing or whether it’s something that they’re really deeply feeling over a long period of time. So it was kind of my way of dealing with, if you really feel that way, then you’ll take care of that aspect of it yourself, and she did and I sat with her, I didn’t try and stop her. I’m sure it was illegal what we were doing, but still, these things are very difficult that you grapple with.

Marty Peterson: Some of the questions are of a lighter nature and concern scenarios that you might find on reality shows these days. One asks if you would be able to stand up in a crowded restaurant and obnoxiously berate a server over a trivial matter if you would get five thousand dollars for your trouble. Stock says it’s not so much a question of how horrible you make the server feel, as to how you feel that guides the answer.

Gregory Stock: It is about a personal thing, because probably a server deals with annoying guests all the time, but it’s whether we could be such a person. You know, whether we would be comfortable embarrassing ourselves and acting like a jerk in public. But even if the waitress or waiter would be comfortable with it, maybe we wouldn’t be, because the follow up to that is would you change your mind if you were going to share the money with the person and you knew they would be very grateful for it? So, it’s kind of where we will push ourselves as well in terms of being uncomfortable in situations.

Marty Peterson: Stock asks a great many questions that deal with money and how much it motivates you to do difficult things.

Gregory Stock: Would you put a pet to sleep for a significant amount of money? Or would you alter or, you know, rework your child’s college application if you thought it would get them into a college that they wouldn’t otherwise get into. So it’s things that are difficult sort of issues, and that it’s interesting to hear what other people say about them too.

Marty Peterson: There’s a question in Stock’s book about a very touchy subject: infidelity. It poses a dilemma that could hurt a relationship no matter what your answer. He asks, “While on a trip, your spouse or lover spends the night with a stranger. If you knew they’d never meet again, and you otherwise would never find out about it, would you want your partner to tell you?”

Gregory Stock: It’s something that certainly people like to talk about and think about, is you know at what level is there betrayal? Would they want to know or would they not want to know? And in the abstract, it’s probably a good conversation to have because sometimes people are under a misunderstanding. Personally, I would like to know even if it was very, very difficult to deal with. Whereas some people at least think initially that maybe they wouldn’t like to know. They would like to live a lie, but eventually, it often can come back to harm you. Although, like I say there’s no right and wrong answer, I mean in some situations maybe it would be better not to know, but certainly we’re dealing with some very difficult issues for something like that.

Marty Peterson: Dr. Stock says that people who have grappled with the questions in his books find that the journey is an instructive one – for them, their spouses, family, and friends. As he said over and over, it’s the journey to the answer more than the answer itself that’s important. He adds that the feedback from his books has shown him that people appreciate the opportunity to think about ethical situations and how they’d resolve them for themselves.

Gregory Stock: It’s one of the most gratifying things that I’ve done because it’s opened up conversations for people that they might not otherwise have had. I’ve gotten letters from people who’ve got married because of the book, who you know have gotten to know things about their children or their parents that were very, very gratifying and rewarding., because it kind of gives people permission to talk about things that are so awkward, or that could be just difficult to bring up, and that can be very exhilarating. It’s nice to be talking about things you care about or an opportunity to talk about ourselves, which is what we really like to do. To talk about the juiciness of life in one way or another.

Marty Peterson: You can find more than 290 poignant, probing, funny and insightful questions in Gregory Stock’s The Book of Questions, available in stores and online. Dr. Stock also invites listeners to his website, gregorystock.net. You can always find more information about all of our guests on our site at viewpointsonline.net. Our show is written and produced by Pat Reuter. Our production directors are Sean Waldron and Reed Pence. I’m Marty Peterson.