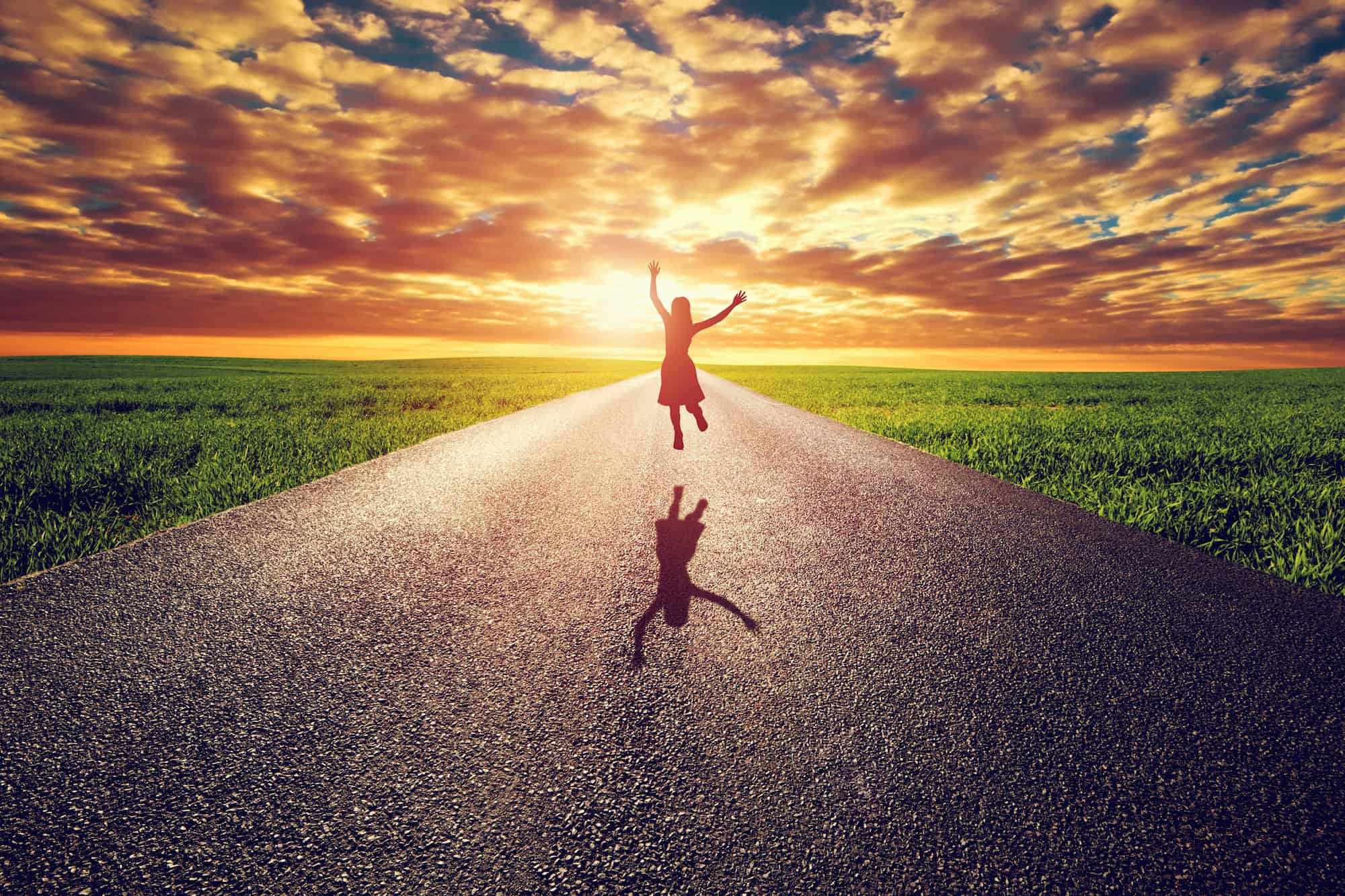 Happiness: What it is and how to find it

You are here: Home / Archive / Feature Stories / Happiness: What it is and how to find it

We hear that we should be happy, and that happiness helps you live longer, brings more tranquility to your life, and to the lives of your family and friends. But do you know what happiness truly is? We talk to a psychologist and a philosopher about the essence of happiness, how to find it and how it’s different from person to person and across the globe.

Gary Price: What is happiness? Is it, as Peanuts cartoonist Charles Shulz said, “A warm puppy”? Or is it a beautiful spring day? Does winning the lottery bring happiness? Or do material things even matter? Are some people just born happy, or does our environment determine how happy we are? Scientists and philosophers have been studying what makes us happy – and conversely unhappy – for centuries. We talked to a psychologist and also to a philosopher about the research on the topic, and found some surprising answers to just what happiness is and how we find it. Many people think happiness is about the things we have or do. Tim Bono says that it’s difficult to come up with a hard-and-fast rule about this because everyone’s idea of happiness is so different. Bono is an Assistant Dean in the College of Arts and Sciences and a lecturer in psychology at Washington University in St. Louis.

Tim Bono: When we talk about happiness, another term that we will often give to it is subjective wellbeing, because very often our happiness depends not just on the things around us, or our objective circumstances as much as it depends on our mindset and the way that we, ourselves are interpreting that information. So, for example, a sunny day or spending time with family, or going for a run can affect people differently. There’s no guarantee that things that make most people happy will make a given individual happy.

Price: Frederic Lenoir is a philosopher, sociologist, and a religious historian. He’s also the author of the book Happiness: A Philosopher’s Guide. He says that to understand happiness, we need to differentiate it from pleasure.

Frederic Lenoir: Most of the time, things that make us happy are pleasure. We have every day a lot of pleasures: pleasures with the people we speak (to), pleasure with activities, pleasure with music, art, and things like that. And those pleasures make us happy. But pleasure is not happiness. That’s why the Greek philosophers Aristotle and Epicurus created the concept of happiness and to distinguish it from the concept of pleasure because it explains that pleasure is a short-lived experience, but happiness is a state of being. You get pleasure when you get satisfaction from a need or desire. But you are happy because you feel good inside yourself.

Price: If times of pleasure can contribute to happiness, then when we’re feeling little pleasure, does that mean we’re unhappy? Bono says not necessarily, and he uses the example of his brother to show how happiness and pleasure relate to each other.

Bono: My older brother has two young children, and if you ask him on a day-to-day basis how happy are you right now, he’ll tell you that he’s anxious and he’s tired and he’s stressed and experiencing a lot of other things that young parents often experience. So, day-to-day, his pleasure levels might be pretty low, and yet he will tell you that he’s happy because he is fulfilling one of his most cherished life goals, which is to have a family. So, we often will refer to that as eudaimonic happiness or wellbeing, where you’re fulfilling some larger meaning or some larger life purpose, but it doesn’t necessarily have the same sort of hedonic pleasurable experience of having an ice cream cone or spending some time outside in the sunshine.

Price: Speaking of family, is happiness in our genes? Do we inherit it from our parents or do we learn to be happy on our own? Bono says there’s been a lot of research on this topic and the findings are a mixture of genes and experience

Bono: The way that we’ve studied this is by looking at twins. The reason why we study twins is because they shared specifically known portions of their genetic material with one another, so you can compare the happiness levels of identical twins and fraternal twins to get these estimates. And, ultimately, what we find is that about 50 percent of variants in happiness of a population is due to our genetic inheritance – what we get from our parents. And the remaining 50 percent is due to a combination of our life circumstances and the intentional activities that we choose to engage in on a daily basis. You know, in some ways it’s to say yeah, you get a certain part of it from your parents but there’s also a large portion of it that is within our control.

Price: So we can be born more optimistic or more pessimistic?

Bono: Yes, I’d say that that is a fair statement that we are born with certain personalities. And you can even observe this in very young children. You can find evidence for a child’s personality — whether they are introverted or extroverted, whether they are agreeable, whether they are more petulant — and you can find certain behaviors that a very young child will exhibit that correspond to that personality. And then we’ve done longitudinal studies where we find that you can follow up with those same kids, and the same kids who were unable to cooperate with other kids in the sandbox when they were four years old are causing road rage on the freeway when they’re 24 years old. There’s that underlying personality that seems to have some genetic predisposition.

Price: We’ve often heard the phrase that “money doesn’t buy you happiness.” It’s hard to believe, though, that if you’re scratching out a living and the bill collector is at the door that you’d be in a happy state. Lenoir says that wealth and happiness depend on several factors such as where you live and the wealth of those around you.

Lenoir: I travel a lot in Africa and Asia and India, and I saw many, many poor people who were happy because they don’t compare themselves to others. And so they’re happy because they like what they do, they just have a roof, they just have something to eat every day, but they are very joyful because they love life, they are very thankful with other people, they are in love and they are strong believers. And those kinds of people, they don’t need a lot of money to be rich. But in our countries, in America and in Europe, it’s much more difficult to be happy when you are poor because you compare yourself to other people who are rich.

Price: It’s also not the accumulation of millions or billions of dollars that makes you happy – even if you live in expensive cities such as New York or London. Bono says it’s more about how you live your life than the things you accumulate.

Bono: There’s a point at which that relationship essentially reaches a plateau so that increased money does not yield increased happiness. Where that line is, exactly, is a point of debate in the literature, but there’s a consensus that it’s somewhere between the poverty line and around 70-thousand dollars a year. In other words, people who make millions and millions of dollars are not that much happier than people lower on the socio-economic spectrum as long as those people have their basic needs met. But there’s been some really interesting research over the last couple of years showing that it’s not necessarily how much money you have, what’s more important is how you spend the money that you do have. And a lot of attention’s been directed toward the purchase of experiences versus material goods. So if you have, say, a hundred dollars to spend on something, it’s much better to take that money and go have a nice dinner with your friends than to buy, say, a painting for your living room or something. Because the painting is something that you will adapt to – it no longer provides any sort of positivity after some short period of time. But experiences are things that you can relive, they’re things that you can look forward to and retell in story form for a long period of time, even after that purchase.

Price: If memory plays a part in happiness, then can people who experience memory loss due to Alzheimer’s still be happy? Bono says it’s a question they’ve been researching at Washington University. What they’ve found is that memory loss can lead to a different way of experiencing those things that made an individual happy in the past.

Price: If you’ve ever been to a party and one group is laughing it up and having a good time, the mood seems to travel around the entire room. Does that mean that happiness is contagious? Do we catch it from others like a cold? Bono says that the mood of people around us has a marked influence on our happiness.

Bono: There’s been a lot of research showing that the people around us influence us in all sorts of ways. So, we could look at your group of friends and their group of friends – so, people who you maybe have never met before whose behaviors, nonetheless, are associated, are related in certain ways to your own behavior. We have found this with happiness, that the happiness of people in your social group or their social group is positively correlated with your own happiness. The same is true of diabetes, the likelihood of getting divorced, all sorts of social behaviors. We are very heavily influenced by the attitudes and behaviors of those around us and that happens across the board on a physical as well as psychological level.

Price: Finally, both Bono and Lenoir say that we can be happier if we do things for others – show gratitude for something they’ve done or help them achieve some measure of happiness. Also, we shouldn’t ignore the small things that give us a little pleasure now and then. Instead, we should savor them, for as Benjamin Franklin said, “Happiness is made up of the little advantages that occur every day.” You can read up the great philosopher’s thoughts on the topic in Frederic Lenoir’s book, Happiness: A philosopher’s guide, available at bookstores and on his website, FredericLenoir.com. To find out more about Tim Bono and his research, log on to Washington University’s site at WUSTL.edu. For more information about all of our guests, visit our site at Viewpointsonline.net. You can find an archive of past programs there and also on iTunes and Stitcher. I’m Gary Price.

Uncovering the Underbelly of Domestic Violence

One Woman’s Account of Sexual Assault in the U.S. Army

The Psychology of Fashion

Intelligent Disobedience: Knowing when and how to say “no” (2017)

Previous Post: « George Washington and Presidential Powers
Next Post: Talking About Abortion and Other Touchy Topics in a New Way »